skip to main | skip to sidebar

Pictures from the Race 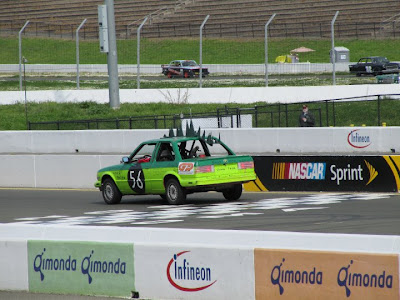 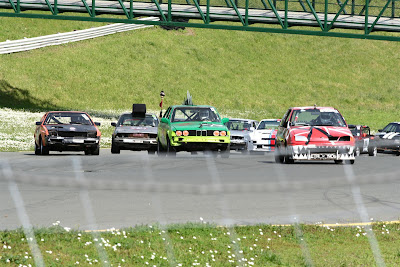 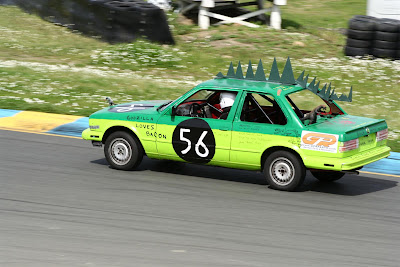 He Rises From The Sea 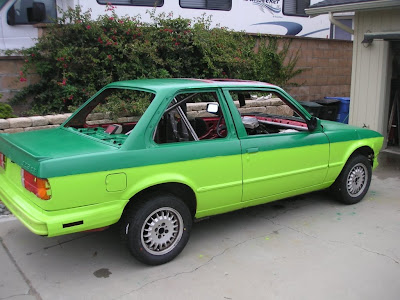 The Monster has risen from the sea in Grover Beach. He will soon begin his journey to Sears Point leaving a trail of destruction and a bacon-less world in his path. 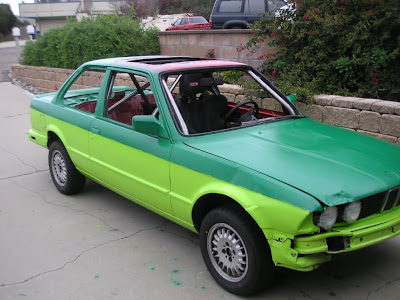 Posted by GODZILLA at 8:45 AM No comments:

I Love Bacon Too! 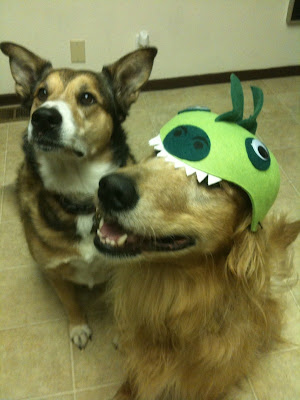 In preparation of the big race an excess amount of bacon has been made recently in the kitchen. Cooper, our golden retriever, thought he could disguise himself as Godzilla and score some bacon for himself.
Posted by GODZILLA at 3:24 AM No comments:

How It Came To Be.

Man and Nature have always existed in a symbiotic relationship, a ying and yang, circle of life, ashes to ashes, endless boring monotony kind of thing.

After the cataclysm of World War II, forces were unleashed that upset the delicate balance between man and his environment. The above ground nuclear testing and the broadcast of Leave it to Beaver created a disturbance in the harmonious flow of balanced energy thru the earths crust.

Deep with in the bowels of the planet a rumbling began that rapidly increased in intensity until a new protagonist exploded on to the scene, a monster of violent passions and smoky bad breath.

Sensing that the original source of his awakening disturbance emminatted from some nearby islands, he set out to investigate. Upon making land fall, our hero, known to the world as GODZILLA, made two very unpleasant discoveries.

The first discovery that turned his eyes glowing with rage: Japanese cars were being made in ! In his anger, he proceeded to wreak havoc on the producers of the tiny, flimsy underpowered automotive abominations. His fiery breath and massive bulk demolished the factories of , Honda, Suzuki, Datsun, and any other pretenders to the art of fine car making.

Having righteously rid the immediate vicinity of flimsy foil covered, underpowered kiddy scooters disguised as cars, our green scaly avenger made his second unpleasant discovery: There was no Bacon!!!

“How could a culture that claimed to be civilized not have Bacon?”

If there was one thing that Godzilla loves more that life itself, it’s Bacon! The turmoil was unbearable as Godzilla kicked thru the ruined car factories, now consumed by an insatiable craving for the pan fried food of the gods.

Searching for an answer to the boiling internal conflict, a conflict that even Dr Phil was unable to address, Godzilla declared: Bacon Means War!!!

Searching for an outlet to express his inner discontent, he found an automobile that embodied the strength, fire and passion that have become his trade mark.

He set his sights on victory in the most practical way he could:

I will race in the 24 hours of lemons.

My car will be metal expression of my indomitable sinewy steel, fire breathing self, the letters of my declaration lettered in to every part, BMW!

My team will fill the air with the sent of the food that makes me breath fire. Those who drive the flimsy foil failures of automotive fallacy shall fall to the Better Metal Warriors I have carefully chosen to defend my honor.

In 24 hours of Bacon Madness, the Whole world shall know:

Posted by GODZILLA at 7:06 PM No comments: 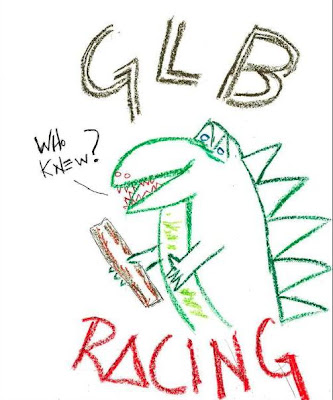 If we spent less time drawing Godzilla and more time working on the car we might have a chance of finishing the race.
Posted by GODZILLA at 5:59 PM No comments: 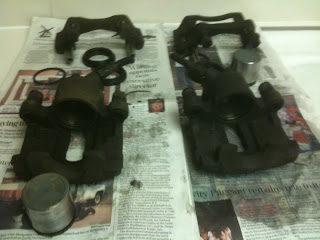 Brakes on the bench. Ready for the rebuild kit.
Posted by GODZILLA at 8:47 PM No comments:

What is Godzilla's favorite treat?

GODZILLA
5 guys with a dream to make bacon and race a shitty car for nickels. Let me in the race and you'll know...I like Bacon...alot!

What the HELL is the POINT of all this???